Blogging and a camera at hand enables me to share  these special moments of JOY.

The Colossal Indian Flag, The Scooter and the Lady in Pink  and a bit of Lord of the …Drinks. ( JRR Tolkien please check out your new Avataar)

( do read http://www.enchantedforests.wordpress.com to know about a Lady in Pink)

Trust it brings a smile to your face as well.

Am curious to check out this place?

Lord of the Rings is definitely my all time favourite and  a picture I can  repeat anytime of the year.

Ramparts and old buildings have a curious way of telling stories.

The NEEL KOTHI is the  symbol of the worst of a Cruel Colonial past. It represents Monopolies , Imperialism and Brutality at it’s worst.

The cultivation of Indigo in Colonial India ( 1777  till 1947)  is an example of  greed, cruelty and horror. It is also the cause of a Genocide unparalleled in Human History.

The Indigo  crop was forcefully grown on the  rich fertile Gangetic plains  of  India by INDIGO PLANTERS from Scotland and England .

By 1810 , 95% of Indigo imported in GREAT BRITAIN came from India. Indigo was  then called BLUE GOLD  and was an extremely valuable and sought after commodity in Europe.

The land was left fallow, where not a blade of grass could grow after Indigo was cultivated on it. Consequently  the peasants starved to death for lack of food.

An Englishmen .W.L. Tower then stated and I quote:

“not a chest of Indigo reached England without being stained with human blood”.

Remnants of the NEEL KOTHI, Neel is Indigo in Hindi,in Greater Noida. Kothi is Home or House.

Indigo was an IMPERIAL crop forced upon poor peasants of India by their COLONIAL masters.

The Neel Kothi (   Neel kuthi in Bengali) was once Home to  Raw Indigo buying,  processing and packaging.

It was also home to atrocities unleashed upon thousands of peasants who were forced to work in  Indigo farms.

Millions starved to death  in the infamous Bengal famine of 1896-97.

Indigo farms  were virtually wiped out from Bengal after the INDIGO  REBELLION in 1859. It then spread its vicious seeds to Bihar and other parts of Northern India.

Tears well up in my eyes as I write this tale of a horrific past narrated by THE NEEL KOTHI.

The splendour of colours in India contributes significantly  to making it Incredible.

As Green is closest to my heart, all that I see turns Green.

Pictures were taken in and around  Tirupati, Andhra Pradesh.

The background is green as well.

The apartments in the background dwarf the Green Church.

Millions travel to Tirupati ( abode of Lord Venkateshwar) but how many have even noticed this lovely Church ?

Please  translate what is written in Telugu? Mr. Google is not helping.

Spotted on the way to the airport at Tirupati .

Nandiji   takes shelter under a tree.

I hope the message of GREEN is loud and clear. 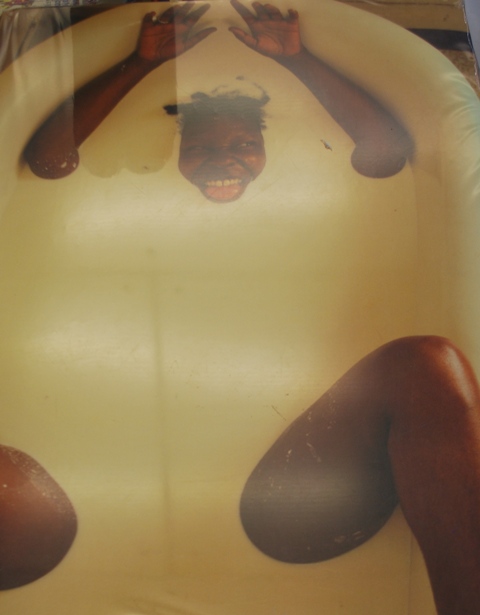 Let me share a wonderful ocean of calm and fun in the bustling horseshoe shaped Connaught Place ( now renamed as  Rajeev Chowk).

I share locations and destinations to CELEBRATE LIFE. Am not paid to write or blog  ( sounds crude) .

An extremely nostalgic entry as it takes me back to when I was 12 years old. How things change ?

An innovative bookstore , it exudes warmth and happiness. A joyful place to soothe your feathers, read and have a cuppa tea.( Cha bar shares space with the bookstore)  Do check out my blog http://www.enchantedforests.wordpress.com to read about it as well.

A large lifesize Ganesha blesses you at the entrance . The birthday Of Ganesha is celebrated with great festivity across the country in the month of September.

A blue archway permits you to  enter the Hall of the Wishing Tree.

The Hall of the Wishing Tree has an excellent selection of coffee table books on India. Have a look. I have a favourite too.

Having been to the bookstore on several trips, I find the selection and display very Impressive.

I loved the way books are displayed on carts. The creativity in the layout of the Bookstore is amazing . Was impressed with the importance given to Vernacular Languages ( most boostores pretend such languages do ot exist) .

The bookstore makes for very interesting shopping too as they have many articles such as Umbrellas . Do have a look.

A special area for children to play in and delightful Story telling sessions over the weekends makes this a very special and HAPPY BOOKSTORE.

So enjoy yourself at this FUN BOOKSTORE. Take  the kids too, lots for them.

There are no QUIET PLEASE signs or stern DO NOT TOUCH glares. This place is HAPPINESS.

This picture is the cover  of a VERY  large book. Can you spot a corner of this book  in any of the pictures above ?

Soak yourself with JOY and CELEBRATE LIFE.

Gurgaon is  rapidly developing into a major FOOD DESTINATION.

I share with you some happy and memorable moments spent at a new 24 hour coffee shop in the vicinity of Delhi.

The G cafe at The Crown Plaza Hotel, Gurgaon has adorned  new clothes .

Have a look at the New  ultra chic urbane look of THE G CAFE.

The cheese and salad ( and soup and… )  counter at the entrance is stunning.

A beautifully laid out spread of cheese. Each type of cheese has the country of Origin marked as well.

The G cafe has an impressive live counter serving Sushi and Tepanyaki. Japanese Cuisine  has definetly arrived in India.

Tantalizing Sea Food including Lobsters and Tiger Prawns  are preserved on ice.

The restaurant is very spacious and spread over two levels.

It also has a lovely open air area in the midst of water bodies.

You can watch these magicians ,the Chefs,  at work. The cafe has many live counters too.

The salads and deserts are laid out in a similar manner , in an  open refrigerated shelf.

I have been to the Crown Plaza Hotel several years ago. All I can is what a TRANSFORMATION. A new destination has emerged in Gurgaon.

The chefs are subtly sending a message with Onions adorning the Pasta Coiffure. Residents of Delhi need no further prompting.